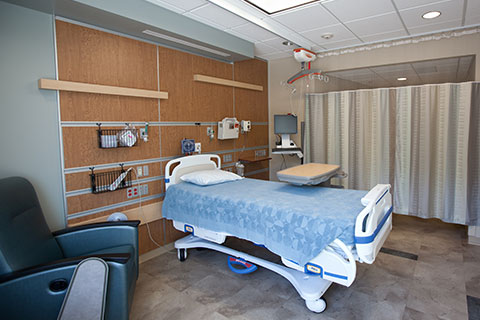 Community identity emerges from the shared context between neighbors and the uniqueness of every place called home. In Beloit, KS, our architects rediscovered just how true this can be. Beloit rests in north-central Kansas, dead center in a wide swath of limestone called the Greenhorn Layer. As the limestone stretches towards southwest Kansas, its color varies along the way. Known colloquially as 'Post Rock,' the layer’s thinness is the perfect dimension for a fence post. Quarrying the other two dimensions is as simple as drilling holes and waiting for expanding ice to fracture the stone each winter.

We had long been familiar with the limestone fence posts of the region, but driving through the city center of Beloit, our team realized that this was a town built on and from post rock. Mitchell County’s post rock is an orange-brown with a diffuse black band running down the middle and everywhere this beautiful stone was incorporated into the historic buildings of Beloit.

When HFG suggested incorporating post rock into the hospital project, facility and community leaders agreed that the stone would help express Beloit's identity. A local farmer allowed use of his limestone and community members donated their time to gather the stone. Today, lining the main pathway to the patient wing of Mitchell County Hospital Health System, post rock attests to Beloit's regional belonging, even as the richly colored grain of its stone reaffirms Beloit's architectural uniqueness.